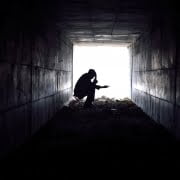 These are three of the most powerful words in the English language.

Why is this? Because as human beings we have a deep need to know that we exist. Another way of saying it is that we matter – to ourselves and others. Regardless of our race, religious beliefs, competencies, or shortcomings, we must feel important to at least one other person. I love this line from the movie, The Help, based on Kathryn Stockett’s novel.

You is kind. You is smart. You is important.

To me, this sums up our primal need to be seen, to be significant, and to matter. And, to see ourselves and others honestly and without fear.

So when I learned a couple of weeks ago that my newly published book, Facing the Dark: A Journey Into Suicide, could not be sold in my beloved New Zealand, my home, because the word “suicide” was in the title, I was shocked. I was determined to find an explanation to this seemingly archaic way of restricting a conversation about the darkest effect of mental illness: suicide, which takes the lives of nearly 700 New Zealanders every year, many of whom are under the age of 25. Anxiety and depressive disorders are the second-leading cause of illness for New Zealanders, behind only heart disease.

A problem hidden is a problem expanded.

If the statistics around mental illness are clear, why do we hide them? We need to ask ourselves: Does hiding anything make it better? Does repressing anything make it go away? And, in every case that I can think of the answer is a resounding “no.” And, in fact, most of the time through trying to deny it, the problem grows bigger. But, because we’ve swept it under the carpet, so to say, we may not notice that it’s growing – just like the mold on our potato salad that been shoved to the back of the refrigerator for too long.  Another more pertinent example of a problem hidden is a problem expanded is when someone we love is upset and has an emotional outburst, and we either make light of it or try to pretend it didn’t happen. Either way, the person only feels worse. And, unfortunately, this applies to ourselves as well. Sure we don’t want to dwell on upset for too long, but belittling or ignoring it only pushes it deeper into the recesses of our subconscious where it has plenty of time in the dark to grow.

Instead, I’ve found that whenever we’re faced with “dark” of any size or shape, the adage, “Do the hard stuff first,” is the best course of action. It’s also the most efficient. If your direct report at work, for example, is constantly late, regardless of whether or not you think it’s warranted, the most helpful response is to have an immediate and sincere conversation about what you’ve noticed. If your teenage daughter is crying, for example, even if you’re puzzled that she is, the most helpful response is to give her a hug. When we’re able to notice and face the upset at that moment, the faster the problem shrinks, requiring less time to resolve later on.

To do this effectively, we have to learn a few things. As I told a family I was working with yesterday, in all my years of helping people get back on track, I’ve not found a bad parent. I’ve just met some who lack the skills to influence in the way they’d like to. I believe this applies to everyone, even employees, who may not have the same love for the company unit as the parent does towards their family, but, still, mostly they just don’t know how to change.

The ability to hold the light for others requires a paradigm shift: a change that makes room for uncomfortable realities, such as suicide.

Collectively, I know we can make this shift if we want to. But it starts with each and every one of us. If you need help in your life, get in touch.