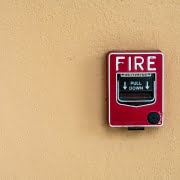 It’s easy to get into bad habits that perpetuate anxiety in our lives. One of the most powerful ways we reinforce anxiety is through how we communicate both with ourselves and others. In this post, I share a simple intervention that I found works well for creating calm both at home and in the workplace.

But first, we have to understand how anxiety takes root.

All communication is chemical.

Our conversations either produce feel-good chemicals (dopamine, serotonin or oxytocin) or fear-based ones (cortisol, norepinephrine, and adrenaline). This is because we’re hardwired to protect ourselves from harm regardless of where it comes from or how real it actually is. Even during casual conversation, we may feel “threats” to our safety, ego or sense of self-worth that impact our state of mind.  These then activate the neural pathways of distrust and fear in the primitive part of our brains (the Amygdala) which then floods us with a cocktail of neurochemicals designed to help us ward off the attack, encouraging us to flee, freeze or fight.

Your brain is very sensitive to threats in the environment and even passing comments from a loved one or co-worker can throw you in to what’s been called: the Amygdala Hijack. This is when the brain goes on lock-down and self-preservation. This mode is the birthplace of anxiety, and when triggered it makes it very difficult to think and behave rationally and calmly. It also makes it harder to remember things. Trauma specialist Dr. Bessel Van Der Kolk calls this the brain’s “smoke detector” because it’s responsible for detecting fear and preparing the body for an emergency response.

Everyone is susceptible to an Amygdala Hijack, but sensitivity to it varies by person depending upon many factors, including past experiences. Children who are raised by a parent who spends large amounts of time in Amygdala Hijack tend to be more sensitised to “threats” – big and small – as adults. This study reveals how anxious parents create anxious children, which has become the cornerstone of new treatments aimed at both parent and child.

But the workplace isn’t any different.  Anxious leaders tend to run companies that employ people who perceive more “threats” in their work environment, and, as a result, have higher levels of absenteeism and turnover; these companies also have lower productivity and innovation overall. This is because anxiety is contagious.

But how does this relate to the conversations we have?

Our conversations can quickly – within .07 of a second – throw us into an Amygdala Highjack, which convinces us we’re in a life or death situation. In this state, we’re more likely to default to extreme and emotive language, using words such as always and never; we’re also more likely to blame and use the word, “you.” But our delivery of these words is just as critical as the words. Often, when we’re stressed or feeling worried or under pressure, we’re more likely to engage in black/white thinking, and we’re more emphatic and less flexible in our problem-solving. We tend to raise our voices and/or speak more assertively. Sometimes we even wave our arms around excessively to increase the effect. When one or all of these things happen, the person on the receiving end can get thrown into Amygdala Hijack: his or her rational brain begins to shut down, and he or she usually is unaware that it’s happening.

The main way we spread anxiety is through our communication style.

Fortunately, our communication also gives us a powerful tool to interrupt anxiety patterns. Whether or not your style is negatively impacting the brain chemicals of others or you’re too often on the receiving end of it, one of the best ways to stop the amygdala in its tracks and return some semblance of calm to both your systems is to acknowledge that what you’re experiencing is not an emergency.  Actually, take a deep breath and ask yourself this question: “is this situation an emergency?” Very quickly you’ll realise that for the vast majority of all cases where you’re feeling anxious, the answer is a resounding NO.

Step two is to reiterate this fact by saying repeatedly: THIS IS NOT AN EMERGENCY. You can say this out loud as I used to when my children were small and conversations became animated or you can say it quietly to yourself. Either way, the impact is impressive and immediate. Your voice will soften and the words you select will become more forgiving. You – and that of the people around you – will quickly get the message that, even though the situation and its resulting conversation feels unsafe, it isn’t life or death.

The reason this technique is so effective is two-fold: one you’re recognising and naming feelings of anxiety consciously with a different part of your brain (pre-frontal cortex) and two, you are giving your body-mind system a new, calmer way to relate to it.

As you experiment with this technique, I encourage you to catch how it changes what previously had become “auto-pilot” moments – where anxiety thrives – to more conscious and mindful experiences where you get to be in charge.

Unhealthy conversations are at the root of distrust, deceit, betrayal, and avoidance, promoting lower levels of innovation, productivity, and tolerance. In reminding yourself that this is not an emergency, you’ll be more vigilant with the words you choose and the tone of voice you use, especially when you’re rushing around or intensely trying to achieve something, especially if it’s just getting out of the house on time each morning.

Interrupting the language loop in the anxiety cycle is a fast and efficient way to gain back control over what can feel like an uncontrollable condition.

If you, or someone you love, needs ongoing support to manage anxiety, get in touch.

Welcome The Strange
Scroll to top