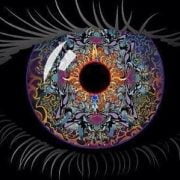 There’s a reason Einstein said, “imagination is more important than knowledge.” He didn’t mean that knowledge was unimportant; what he meant is that the way we use our imaginations is fundamentally more important.

Most people have no idea how powerful their imaginations are.

Over the years that I’ve been teaching people the principles of Neuro-Linguistic Programming (NLP) as they work towards leading happier more fulfilled lives, the one thing I’ve noticed is that most people have no idea how powerful their imaginations are. They either under-utilise or misuse this sacred and fundamental human ability, usually creating more of what they do not want.

Today, when someone asks me what kind of work I do, I tell them that I help people imagine more good stuff than bad.

To understand how we misuse imagination, we have to be clear about how it differs from the thoughts we think. Psychologists don’t talk much about “imagination disorders.” In fact, the term doesn’t exist. But, they definitely talk about “thought disorders.” In my experience, however, it’s not our thoughts we should be worrying about. It’s the “soil” from which thought emerges: the way we imagine our lives.

If we imagine better particulars and life scenarios, then better thoughts will follow.

But… I can hear you say… imagination is not real. We make it up. Yes, that’s true … but thoughts aren’t real either. Those are made-up too, and, unfortunately, many people are prone to believing everything they think. We make up everything we experience to some degree or another. Often we make stuff up with the help of other people who are doing the same thing. Their co-belief in it helps us justify it as somehow more real than if we only just believed in it ourselves. Families do this, and societies do it on a larger scale. I’ve worked with depressed clients for years who individually imagine a very dark world, which they justify collectively.

Viruses, for example, are considered real by most people – Donald Trump excluded. Take Covid-19. People contract this virus from one another and some people die as a result. This is a reality we say; it’s a tangible limitation of the human biological entity that we’re born with. There are pathogens in our world that can harm our physical bodies. Several bad bouts of seasonal flu have helped justify that this belief is also true for me in an existential sense.

But the belief in Covid-19 is not the same thing as the belief that we are all in danger of it.

To a certain extent, we may be better prepared if we believe in Covid’s reality, but are we safer? When we become out of balance trying to protect everyone equally from this virus and putting people at risk of other things as a result, then we embark on catastrophic imagining that leads to fear and imbalance in our individual and collective biological systems. In doing so, we become more at risk, not less. This is how imagination turns into manifestation.

Imagining What You Want

Being alive is risky. Unfortunately, nobody gets out of here alive. Not even those we love the most, and this is heartbreaking. I know because I’ve lived that heartbreak. “Earth School” is inherently dangerous, and, ironically, when we imagine and accept this fact, we become happier and more resilient.

We begin to appreciate every moment of every day we have right now with the people we love. We accept the unknown, uncertain, and hard to quantify “dangers” of living in a post-COVID world, and we keep going anyway. We keep imagining that we are safe and protected by our own loving essence and that of the greater consciousness system.

Again these are just beliefs. But they’re ones that make me feel good when I think about them, and I know that when I’m uplifted and living in love and acceptance rather than fear, I’m also safer. You can call me Polly Anna if you want, I call it sensible.

Get in touch if you want help imagining a new life.

Paint A Carpet of Wildflowers
Scroll to top