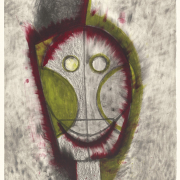 If someone snuck into your house tonight and robbed you of your prize possessions, you wouldn’t like it would you?  Yet, this is exactly what you tolerate when your mind runs your life.  It sneaks in and steals your peace and presence.  It tells you stories about what it thinks has happened, what can go wrong and what you need to be wary of  based on what’s happened before. It gives you explanations for life’s events, very subtly at times, stealing your happiness right out from under your nose.  Yet, we normalise this inner theft in ways we certainly would never dream of if we were physically robbed by someone else.

This is why Rumi, my favourite 13th century Sufi poet, gave us this timeless advice:

Lose your head! Not a single thread that has a head can pass through the eye of the needle.

But is my mind really a thief, you ask? Yes! I’ll show you what I mean. How many times have you been somewhere when, in the past, you would have enjoyed the activity and/or the company, but didn’t this time? Or how many times has someone given you a compliment, yet you dismiss it as either unimportant or untrue? Maybe you’ve gone for a walk on the beach or through the forest only to be so consumed by your own thoughts that you didn’t notice the beauty all around you. We’ve all done this.  For me, I would have missed my daughter’s first smile, if my best friend hadn’t shaken me out of my own head to point it out to me!

Our thieving minds are both sneaky and tireless.

And, often they don’t sleep. They wake us up in the middle of the night robbing us of our precious peace by rehashing conversations, problems and even songs from the previous day. Pam Grout, travel writer and Author of E2 and Thank & Grow Rich, calls nonstop thinking the “Maniac In Our Heads.” And I really think she’s on to something. In many cases, it’s crazy! Most people endure the criticism and self-deprecation of this incessant looping voice in ways that they would never tolerate from anyone else. Buddhists call this thief —  “the mind’s habitual tendency to distraction” — the root of all ignorance and suffering.

But isn’t it a good thing to have a strong, active mind, you ask? Yes, but not a runaway, thieving one.  Not one who is constantly craving something more, grasping at something or someone under the false belief that doing so will bring us what we want. Unfortunately, this is what most of us do. We live in a mind-dominant world in which collectively we overvalue the mind’s cognitive and analytic abilities above other forms of intelligence. Don’t get me wrong, there is a place and a time for mind work, but we must remember that it’s just a tool we use — rather than a tyrant we tolerate. Our minds are great problem solvers and definitely come in handy when we’re booking a holiday and paying the bills. But if we do not watch and discipline our minds, they become like that playful new puppy you just brought home from the shelter: the one that wets all over your carpet. You can love that puppy, but you also must potty train him. We, too, must potty train our minds.

Our runaway minds are not the enemy; they’ve just been allowed to run the show at the cost of our harmony and happiness. Without realising it, we’ve given them the thankless task of protecting us by trying to control what happens in our lives. Yet, the truth is that our minds, no matter how hard they try, cannot keep “bad” things from happening. We reason that if our minds are constantly on the job that we’re safer. Somehow we’ll be able to control the events of our lives and keep harm at bay.  This, my friend, is a lie. The truth is that we’ve very little control over what actually happens to us. Sobering thought, I know.

Don’t believe everything you think.

This is a truism worth living by. I remember the exact moment when I realised that not only did I not have to listen to every thing my mind says to me but also that I really shouldn’t. This was a revelation to me: one which I now remind myself of daily.

I would go as far as to say that most of what you think is untrue because it’s either based on old programming (circumstances and events of the past) or on future fantasizing: both of which don’t exist now, which is the only time that you really have says spiritual teacher, Eckhart Tolle.

If you found yourself in paradise, it wouldn’t be long before your mind would say, ‘Yes, but…’

In The Untethered Soul, writer and spiritual sage Michael Singer uses a different metaphor to describe what happens when excessive thinking controls our lives. “It’s like you’ve been on the couch watching TV, but you’re so totally immersed in the show that you forget where you are.” That is until someone or something shakes you back, and you realise that you’re not the drama unfolding in front of you but rather the person watching it all unfold.

Becoming aware of the fears that fuel our thoughts and shape our lives is a critical first step in controlling your Inner Thief. Until we catch our thoughts, particularly the unhelpful ones, we cannot stop our minds from the impossible job of craving more and trying to control the external world. Without awareness of what’s going on, we cannot catch the thief or train the puppy.

If you’d like support in catching and working with yours, get in touch. Because life free from a maniacal mind is where freedom is found.