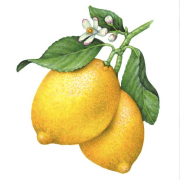 Visualise picking up a big, ripe, juicy lemon and feeling its nobby texture. Then imagine picking up a knife and cutting the lemon in half, bringing it up to your face, inhaling its distinct lemon smell and tasting its sharp lemon flavour. Notice as you do this, your mouth puckers and starts to salivate.

But why would you salivate if there isn’t an actual lemon?

According to researchers at MIT, there isn’t any difference between an imagined event and a so-called “real” event that we experience as a physical experience with our senses. In terms of the way our brains make meaning of experience, real and imagined are both the same. You can actually eat the lemon or just imagine that you’re eating it. Your body will respond in the same way.

Think about what this actually means.

The next time you’re stressing over a deadline, imagine yourself relaxing on a beautiful beach in Fiji instead. Your body will react as if you’re actually there, reversing the flood of stress hormones coursing through your veins and making it easier to do your work.

It operates the other way around, though, too. There you are sitting on that Fijian beach, and you start to think about all of the extra work you’ll have when your holiday is over. At this point, your brain forgets you’re in relaxation mode and activates the stress response instead.

Something to think about the next time your laying in bed imagining the worst. Flip it around and imagine what you really want to happen, and you won’t flood your system with stress hormones. Remember your brain will think it’s real either way.

This has powerful implications for the treatment of anxiety. Get in touch if you or someone you love needs help.

A Candle In The Field
Scroll to top